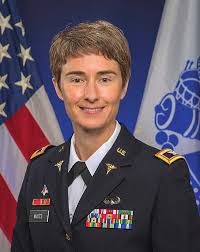 a great deal of weight for me, pun intended! Over the course of the past 4 years I watched the verbiage change surrounding Accelerated Resolution Therapy (ART) to evolve from a “promising new therapy for PTSD” to an “emerging, efficient therapy for PTSD and other psychiatric conditions” in a few short years; And for good reason, ART has aspects and components to its process that some therapies have in parts, but ART seems to have taken all of the best features of main-line evidence-based treatments and packaged them into a systemic protocol that is nothing short of miraculous, with almost too good to be true outcomes consistently.

Below are 7 key points made by the ARMY and Department of Defense prior to making the decision to have their providers, including psychiatrists, trained in Accelerated Resolution Therapy (ART).

1. ART is an evidence-based therapy that has been proven in two large cohort studies and one randomized, controlled clinical trial to be highly effective at resolving PTSD symptoms in an average of 3.7 sessions. It is derived from Eye-Movement Desensitization and Reprocessing (EMDR) treatment, but it has a tighter protocol, is more directive, more procedural, and easier to learn. It utilizes the same therapeutic elements as current “gold standard” psychotherapies for PTSD, including exposure, cognitive restructuring, (visual) narration, relaxation skills, and psychoeducation. However, ART goes one step further in helping patients “rescript” trauma scenes in a more positive way; modifying memory traces prior to reconsolidation, a technique on the cutting edge of trauma therapy.(3)
2. With enhanced training, ART can also be used to address a wide spectrum of psychiatric disorders, including anxiety, depression, substance use disorders, behavioral addictions, obsessive-compulsive disorder, and others. Since 2015, ART has been recognized as an evidence-based therapy by the SAMHSA National Registry of Evidenced-Based Programs and Practices.(2)
3. Three published trials have shown a 0.7% risk of severe adverse events. Additionally, the completion rate is 80-94%, which is significantly higher than the 40-60% completion rate among patients receiving other evidence-based therapies for PTSD (2). Traditional therapies for PTSD usually requires 8-12 sessions. As mentioned earlier, the average number of sessions with ART is 3.7.(8)
4. COL Wendy Waits, MD, Chief of Behavioral Health at Walter Reed Medical Center, wrote in “The key to ART’s efficiency is believed to lie in its exploitation of natural memory consolidation mechanisms. Memories undergo minor modifications every time we recall them, and that memory activation is critical to effective PTSD therapy. There is evidence to suggest that activating a memory, changing its emotional valence by introducing a novel sensation or stimulus during activation, and reconsolidating it (“putting it away”) within a discrete period of time can modify memory traces at the level of DNA transcription, essentially locking in the changes in a permanent manner. This period of time, or “reconsolidation window,” is believed to be 1 to 6 hours in humans.” (8)
5. The ART protocol does not require the patients to talk; instead it focuses on the event, body sensations and re-scripting. Members of the military, police officers, medical professionals and others can abide by non-disclosure agreements are often grateful that they do not have to divulge details. This is of significant importance for those with high security clearance in the military. (3) Additionally, Articles in Good Therapy and Clinical Neuroscience state that this form of therapy may be easier on the therapist, who doesn’t have to experience secondary (vicarious) trauma as a result of hearing about terrible things. (5)(2)
6. Furthermore, survey feedback from ART-trained providers from Walter Reed and Tripler suggest a high degree of provider satisfaction. When compared to Cognitive Processing Therapy (CPT), Prolonged Exposure (PE), and EMDR; 100% of respondents rated ART as being easiest on the patient, and 84% rated ART as being preferred by the provider following implementing ART within their individual and Addiction Medicine Intensive Outpatient Program (AMIOP). (7)
7. In many ways, ART may be easier to integrate into psychiatric practice than traditional PTSD therapies. Each ART session is a stand-alone intervention and the time between sessions is not prescribed. ART can also be used in conjunction with other trauma-focused therapies.

If Dr. Kip were a major league ball player, the stats under his name to the left would ensure his rookie card would be worth a mint!

If the video presentation on the data wasn’t enough to hold water for you yet, read further. The section below is dedicated to research papers, peer reviewed journals, and articles that put ART to the test to hold water!

“Clinical, Empirical, and Theoretical Rationale for Selection of Accelerated Resolution Therapy for Treatment of Post-traumatic Stress Disorder in VA and DoD Facilities”

Find a location to attend a training by Wade now >>>>